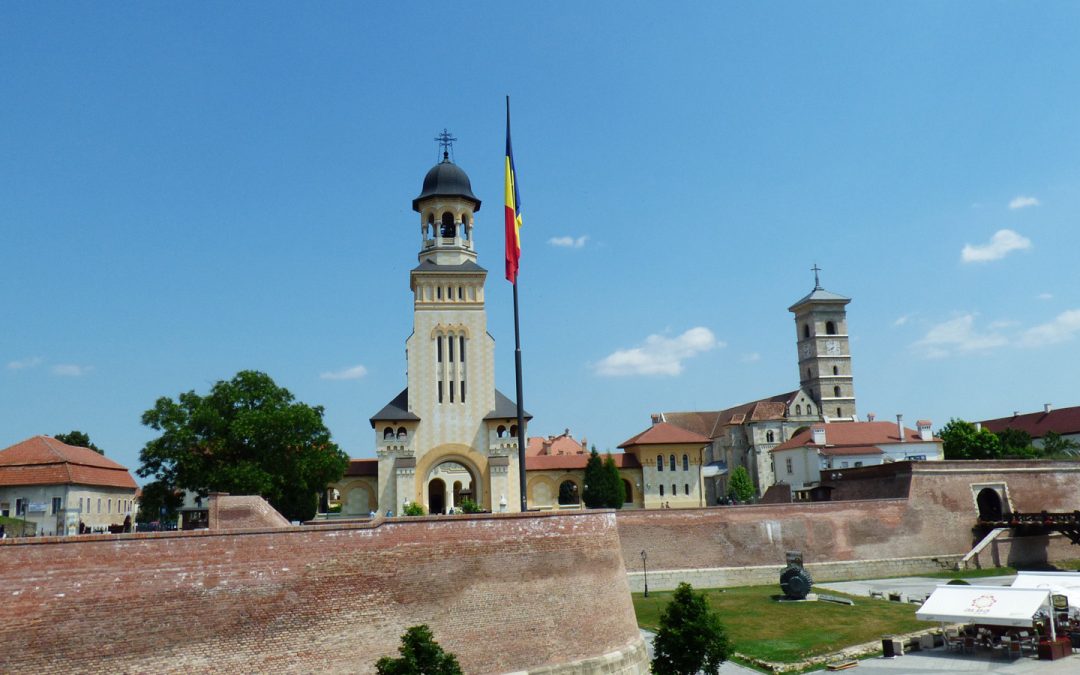 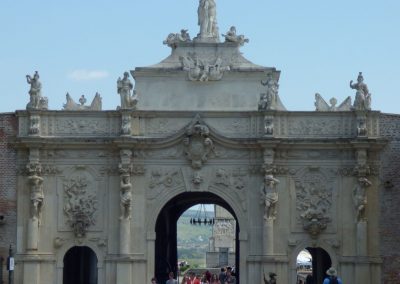 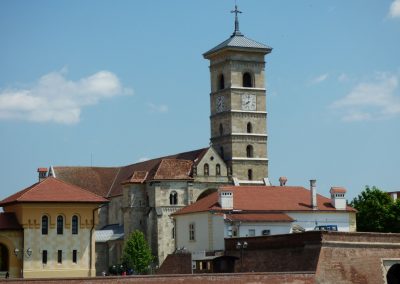 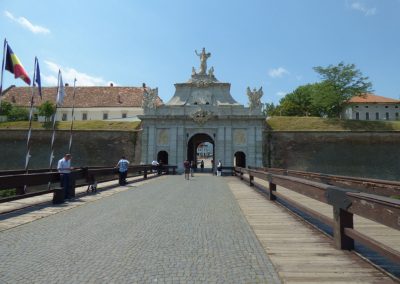 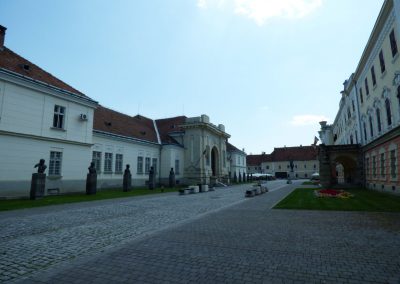 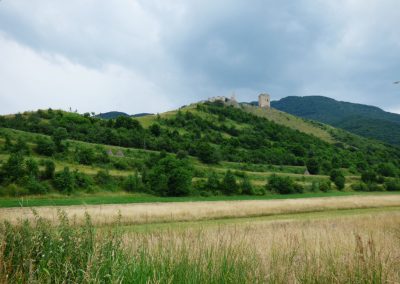 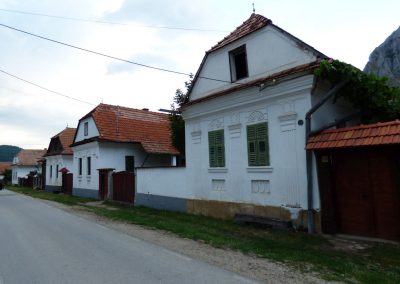 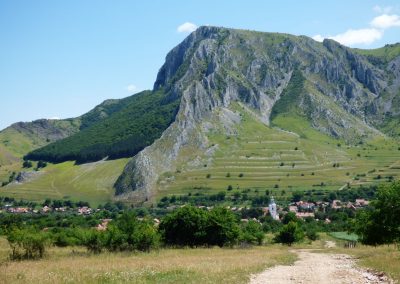 Located in the city of Alba Iulia, just 70 km from Sibiu, the Alba Carolina citadel is one of the most spectacular fortifications in the entire country and also the largest.

Alba Carolina – the settlement and its vestiges go through 2000 years of history. It started its existence in ancient Roman times, when a military camp was build here to defend the gold mines in the West Carpathians, also known as the Apuseni Mountains. A small part of this fortification still exists today. Abandoned by the Romans, it was further developed in the medieval times starting with the 11th century.

The largest part of the citadel was built in the first half of the 18th century during the Habsburg domination upon the initiative of Emperor Carol VI, father of Maria Theresa Empress. Built in Vauban style, the fortress locks in all preexisting fortifications.
The city of Alba Iulia continued to develop outside the fortifications, in the 18th and 19th centuries when several craftsmen settlements were founded. Their main occupation back then was the salt transportation on the Mures river.

The star-shaped citadel comprises all pre-existent fortifications and several impressive landmarks that we’ll get to visit, such as:

This is a walking tour through the paved old historical centre of the city and it doesn’t involve any unusual effort.

The transfer from Sibiu takes about an hour.

Another 2 hours driving (back and forth) to be added to the total time of the program. The visit of the castle doesn’t involve any unusual effort.

Although the hike is not very long or steep, proper hiking shoes are recommended. It will take us about 45 minutes to reach the top of the cliff where the ruins are. Additionally, we can walk through the Rimetea village and hike on the hill opposite to the Szeklars rock for spectacular views of the village and mountain.

From Alba Iulia we’ll drive further west for about an hour towards Hunedoara to visit the Corvin Castle. Built in a Gothic–Renaissance style, the castle is one of the largest in Eastern Europe and unique both due to its appearance and its myths and legends.

After the visit of the citadel, we head north towards the wonderful village of Râmetea, a gemstone for the rural area of Transylvania. On our way there we’ll cross the spectacular limestone carved gorges of Aiud (Vălisoara) which are also a geological and botanical protected area. Here we might spot the Alpine swifts and Wallcreepers as well as an impressive number of colourful flowers and butterflies. We’ll pass next to the ruins of the 13th-century fortification of Torockóvár citadel placed imposingly on top of the Trascău mountain cliffs. A short hike to the ruins will reward us with a magnificent view over the Szeklars Rock(1128m) and Rimetea village place at its foothills.

Finally, we’ll arrive in Rimetea, a well-preserved village granted with the Europa Nostra award for preserving its cultural and architectural heritage. Its typical white houses with green window frames are the result of Austrian and Hungarian cultures that coexisted here for centuries.

This tour is recommended to be booked at least one day in advance.

A unique place in Transylvania, at the foothills of Szekely Rock, lies the village of Rimetea. Thanks to its unique 19th-century architecture and the care of its inhabitants it became the first rural site in Romania to be presented with the Europa Nostra award for cultural heritage conservation in 1999.
Due to the Rock’s position, a few months a year the sun rises twice over the village. The effort of climbing it is fully rewarded by the spectacular view over the area.

Combine with this tour
We use cookies on our website to give you the most relevant experience by remembering your preferences and repeat visits. By clicking “Accept”, you consent to the use of ALL the cookies.
Cookie settingsACCEPT
Manage consent