Pelicans in the Danube delta, their European stronghold 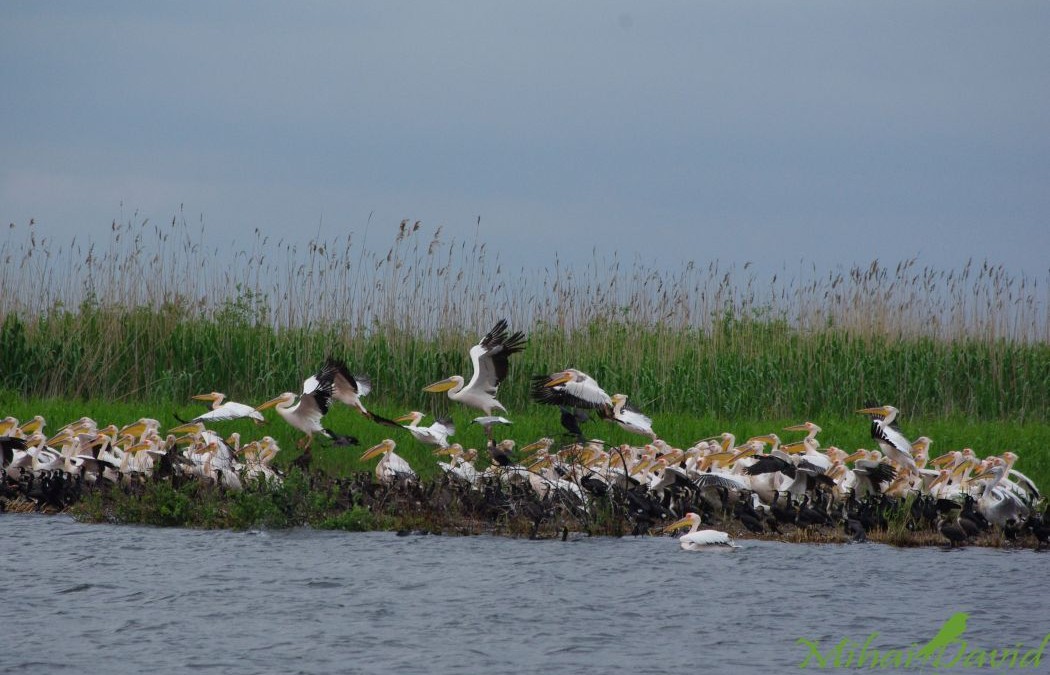 The Danube Delta has long time been a paradise for the pelicans, this reveals several studies done in the area. The third survey on the species, realized this year, confirms it. Researchers and volunteers participated in counting both species of pelicans known to breed in Europe: the White Pelican and the Dalmatian Pelican. The survey strengthens the statement that Danube Delta is their favorite breeding area. The strictly protected area of Roșca Buhaiova being the largest White Pelican colony.

The survey is being coordinated by the Society for the Protection of Prespa (SPP) and organized locally by the Romanian Ornithological Society (SOR).
The colony of Roșca Buhaiova is being researched since about a century and it hosts yearly a record number of birds. This year the survey counted 18409 individuals of White Pelicans out of the total number of 21752 individuals in the rest of Romania. The birds find here all the necessary condition for breeding: shallow water lakes and huge areas covered with floating reed beds. And most important they are not disturbed there, being isolated and the access is strictly forbidden. But luckily they can be seen flying or feeding in the rest of the delta’s territory.
The Dalmatian Pelican is also doing better after the aviary pest from 2015 which decimated the population with about 10%. This year the survey recorded 657 individuals, meaning about 100 more than the previous year. The data recorded places the Dalmatian Pelican colony in the Danube Delta on the second place in Europe, after Greece.
This is really good news considering that not a long time ago, both species were endangered by fragmenting and reducing their territory starting the first half of the 20th century. Since 1989 both species have been declared natural monuments and 2 years after that the Danube Delta had been declared Biosphere Reserve.