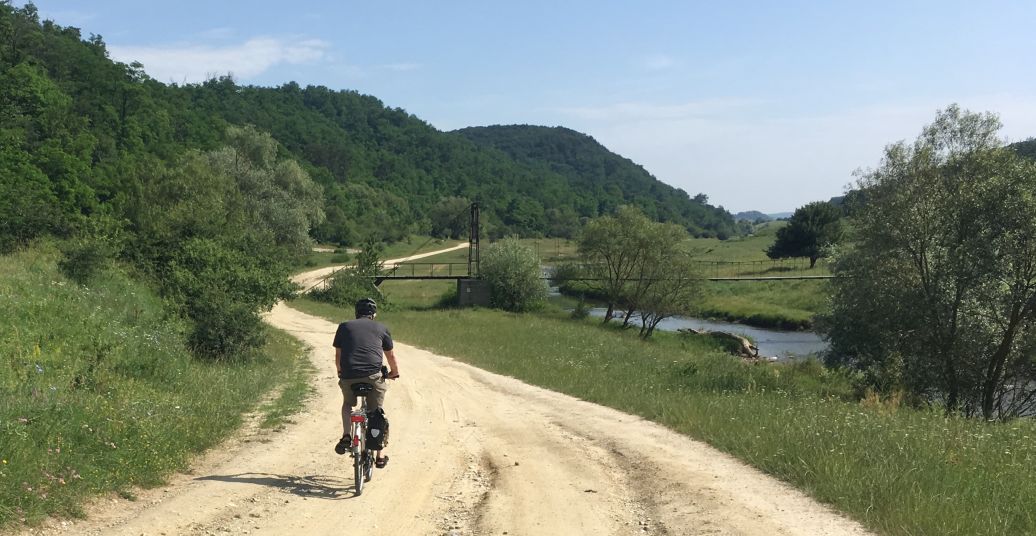 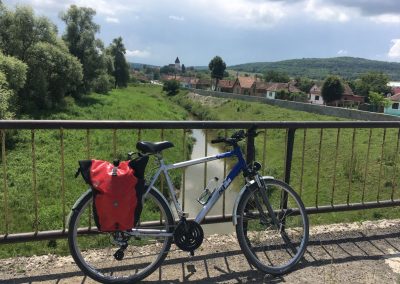 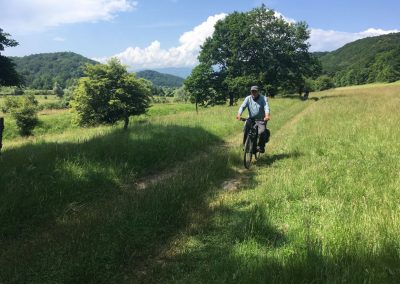 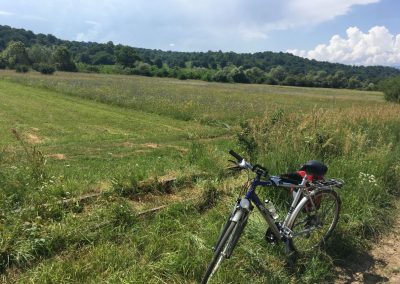 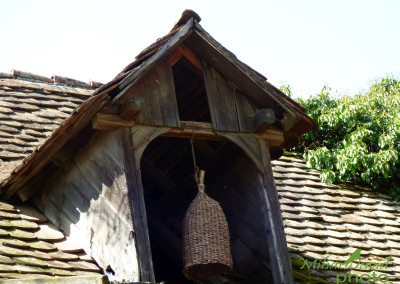 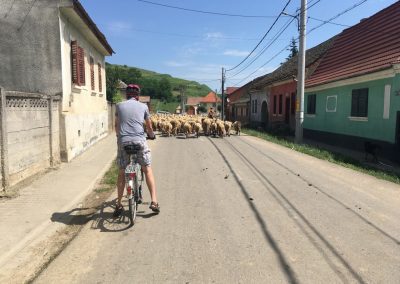 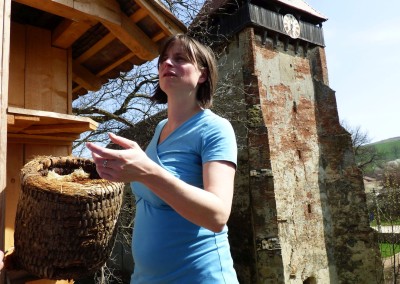 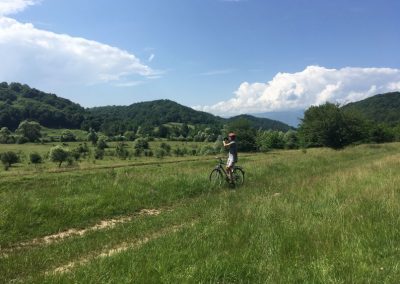 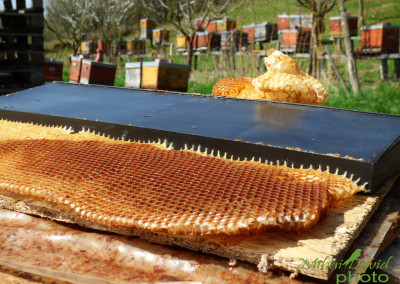 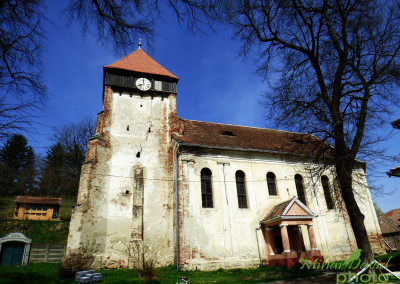 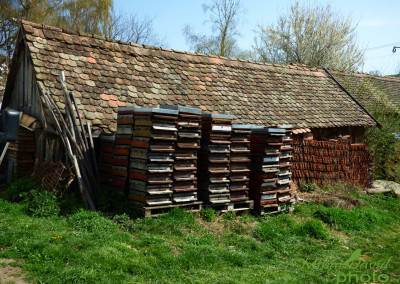 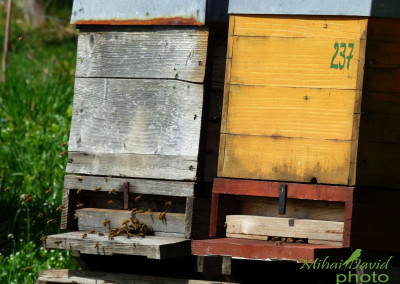 Enjoy the Mocanita bike route that goes along the Hartibaciu Valley, the second-largest Natura 2000 Site in Romania.

Mocanita is a nickname for the narrow-gauge railway that used to operate here. The word mocanita is a term of endearment, derived from the Romanian word mocan, meaning shepherd or one who lives in the mountains, and suffixed as feminine and diminutive in keeping with the tradition of naming conveyances and indicating small size.

Our trip is a circuit bike route that was marked in 2015 by the NGO Tura in Natura Sibiu.

We’ll cycle on gravel roads and narrow paths through flowering meadows full of colourful butterflies, dragonflies and a whole lot of other insects. And we will be accompanied by various bird calls. Often sights of bird species include the Lesser Spotted Eagle, at least 4 species of Woodpeckers, Bee-Eaters, Red-backed Shrikes, Hoopoes, Golden Orioles and a great number of passerines. Hares and Roe Deers might also be seen while drinking water from the river.

The trail goes along the narrow-gauge railway (the Mocanita, as the people call it), which is no longer in use since 2001 and where nature already claimed its space. We’ll pass through beautiful natural landscapes and through remote villages where traditional agriculture is still being practised.

We can visit the Orthodox Church of Mohu, painted in 1804 by the famous Grecu brothers, the fortified churches from Daia and Gusterita, and the educational garden inside the fortifications. This ambitious program is supposed to emphasize the use of the biodynamic principles of agriculture, in conjunction with methods of permaculture.

And of course, we will do some birdwatching and other flora&fauna identification along the way.

This tour is around 45 km long, 600m elevation gain (mild climbs), gravel/earth roads 65% and asphalt (with little car traffic) 35%. It is suitable for both mountain bikes and trekking bikes and it has a low-medium difficulty level.

The basic tour can take between 4 and 6 hours depending on our stops.

We will cycle some extra 10 km to Cornatel from where we will ride the bicycle trolley on a segment of the former narrow-gauge railway restored by a group of voluntary young people called “Prietenii Mocanitei”– an NGO that struggles to bring the Mocanita back to life. We’ll have a picnic on a meadow in the shade of an oak tree while enjoying the beautiful natural landscape. We’ll continue to cycle the trolley towards Hosman, where we will visit the restored Old Mill and we’ll have the chance to taste some of the fresh-baked bread. After this, we return to Cornatel and we’ll get back on our bikes and follow the marked route.

Option B: +8km bike/+2 hrs – A visit to the beekeeping school

A few kilometres before reaching Sibiu we’ll make a short detour through the Gusterita Forest to reach the Hamba Village. Here we will visit the Evangelical Church and in its garden we can assist to demonstrations and honey tasting offered by the beekeeping school that runs there.

The extended tour must be booked a few days in advance.

The basic tour is recommended to be booked a day in advance.

Note! 5% of the price will be donated to the Tura in Natura organisation to support the maintenance of the bike route.

The old town of Sibiu which alongside Luxembourg was the European Cultural Capital in 2007, is one of the 7 fortified citadels(“Siebenburgen”) built by the German Saxons – a medieval city dating since 1191. It’s 4 belts of fortifications can still be seen today and within them, narrow streets surrounded by Gothic houses lead towards the “Upper Town” to the baroque buildings bordering the famous squares where most of the landmarks and monuments are.
Combine with this tour
We use cookies on our website to give you the most relevant experience by remembering your preferences and repeat visits. By clicking “Accept”, you consent to the use of ALL the cookies.
Cookie settingsACCEPT
Manage consent