Corvidae : about Ravens, Rooks and other birds 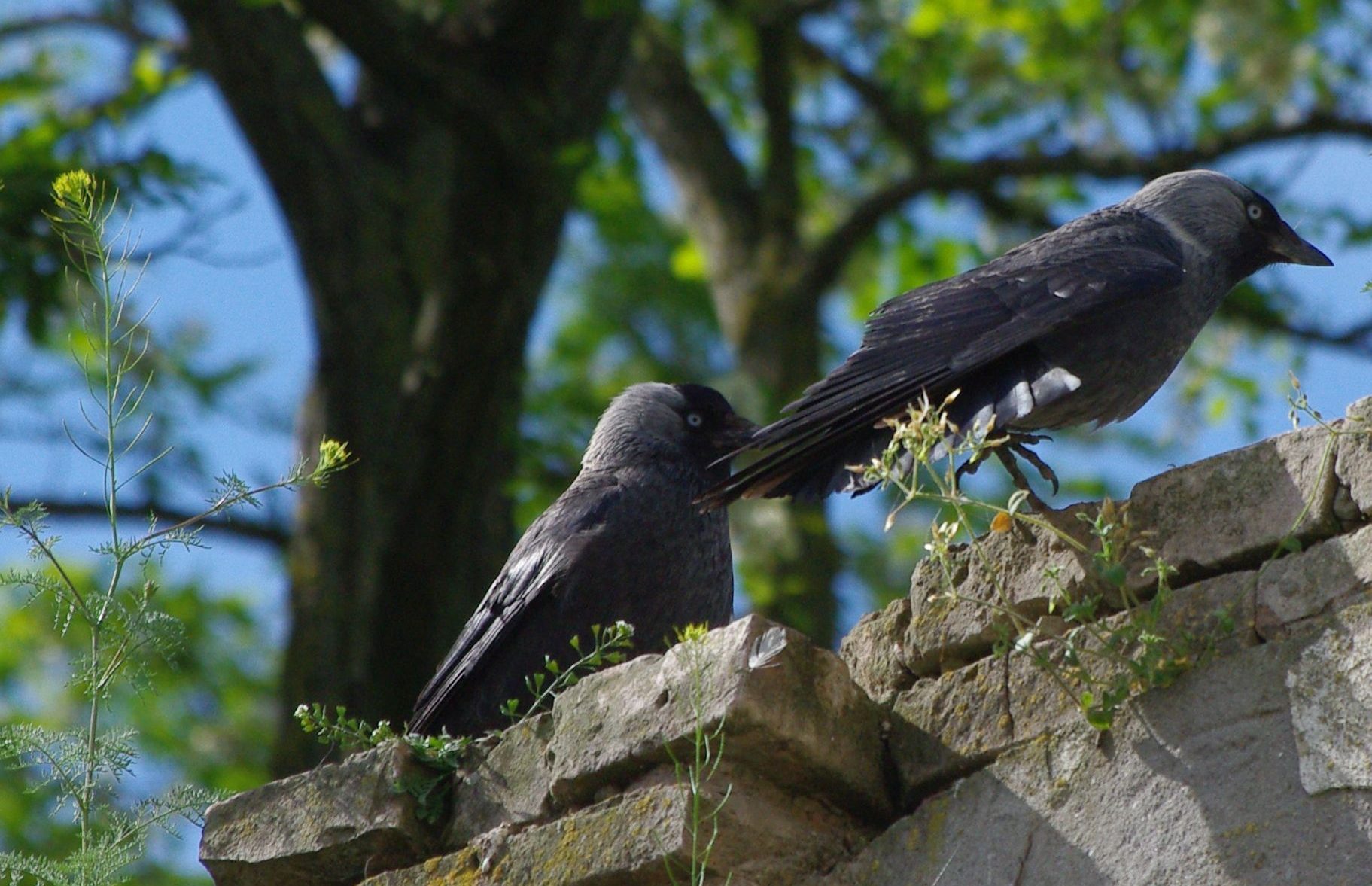 The Corvids are a family of the order Passeriformes, the most numerous order in the world of birds. The Corvidae family includes omnivorous and cosmopolitan species, making it possible for them to spread in very different biotopes (the only place without crows being Antarctica).
The name of the family Corvidae is given by the genus Corvus from the scientific name of several species, for example, the raven Corvus corax. But this family includes many more species and is often popularly called the crow family. It is important to remember: the Raven is not the male of the Crow but represents different species from the same family.

The birds of the Corvidae family are very controversial, dressed in mythology and superstition. Most of the time we are afraid of them, we try to scare them away, we consider them symbols of death, we ironize and mock them, and some exterminate them considering that they are doing good for nature this way.

It is true that during a walk in the park, we have the opportunity more often to look only at the parts that are less pleasant for us, regarding corvids. Under the trees in which they make their nests in large colonies, it is quite dirty because of their excrements. The species of corvids that do this in the parks in Romania, and not only, is the rook (Corvus frugilegus). However, this species is a very important element in ecology, because in the nests built by them, other bird species that do not build their own nest also nest. Some of these species, such as the long-eared owl  (Asio otus), the red footed falcon (Falco vespertinus), and the kestrel (Falco tinnunculus), are protected by law and depend on the nests of the rooks. Therefore, destroying crows’ nests or excessive “grooming” of trees to prevent them from building new nests is not the best solution. And certainly, the effects of this method are short-lived. As long as they find food sources nearby, they will return to nest in the park. And as the food source often comes from what people throw away, it turns out that a proper waste management and cleaner cities could be a better and longer-term solution.

Next, we will analyze the corvids through the binoculars of the ornithologist, and we will look at them as they are: some very intelligent and clever beings.

Corvids have a remarkable intelligence for animals of their size and are among the most intelligent birds studied so far. Specifically, family members demonstrated self-awareness in tests with mirrors, and the ability to make tools (e.g., ravens and rooks), skills that until recently were believed to be possessed only by humans and other few mammals.
A 2004 study published in the journal Science suggests that the intelligence of the corvid family is equivalent to that of higher primates (chimpanzees, orangutans, and gorillas) in terms of social cognition, causal reasoning, flexibility, imagination, and opportunity evaluation.

Most corvids are sedentary species, however, when the amount of food decreases, they can move to better areas. They are very sociable birds, often hatching in colonies that can reach thousands of specimens. A colony of crows has been identified in Scotland with over 65,000 specimens.

Currently, the Corvidae family includes over 120 species spread around the world except for Antarctica.

Check out our birdwatching tours